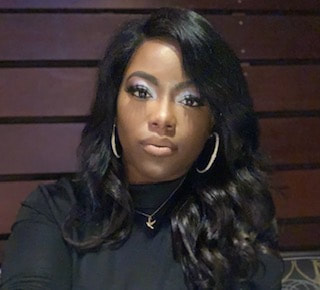 ....but who is SingleWoman Joan?

I am the creator of SingleWoman Joan, the adjective. It's a reference to one of my favorite characters from one of my favorite Black sitcoms, Girlfriends, created by Mara Brock Akil (air date: 9/11/2000). The term more specifically references the character's perpetual singledom while seemingly having it all together. She is described as the "den mother" figure of her group of female friends (William gets honorable mention) and seemed to have made a comfortable life for herself as an attorney and home owner in Los Angeles, CA.

The phrase "SingleWoman Joan" is an ode to very real women like the fictional Joan Carol Clayton, esq. + her friends Toni, Lynn and Maya, as well as a culmination of other characters like Khadijah James + friends of the sitcom "Living Single," and Nina Mosley of the classic Black film "Love Jones." The phrase encompasses all of the nostalgia of our favorite late 80s, 90s and early 2000s tv shoes + movies with the struggles of currently living and dating in an era now heavily influenced by social media.

I first began using the term jokingly in reference to myself during frequent conversations with my mother about how I was the most independent of my friends in college and seemed to never be able to maintain a healthy romantic relationship. The year was 2012 and I was preparing to graduate while simultaneously trying to navigate life as an adult with real bills and real emotional problems. I spent a great deal of time in my apartment crying over a breakup, talking crazy to myself for crying over a breakup and then implementing a new plan for life after graduation.

Following December graduation, the popularity of social media platforms like Vine, Facebook and Instagram increased. I moved back to my hometown of Nashville, TN where my fun would be displayed over many posts at many parties. I was finally able to enjoy college parties because I was only working one job, no longer had the pressures of school and my 2 closest friends were enrolled at the best school in the city, Tennessee State University! During that time I created my first "World Domination Book," or small journal in which I would write all of my ideas, thoughts and the interesting things I would hear among the various crowds my friends would have me in. I lived in Nashville until December of 2013, then moved back to Memphis, TN.

At some point in 2015, I changed my instagram handle to SingleWoman Joan and it stuck. I had moved into my second apartment alone equipped with new information about self-awareness + self-deception as well as how to cultivate meaningful relationships with others. I began chronicling my life in Social Work via SnapChat while popularizing the phrase "Radiate Positive Energy and Share a Smile Today," for which I have to partially credit one of my good friends and former college roommate. It became the thing to look forward to each morning for some of my followers.

In February of 2016, I moved home again to care for my late Grandmother and decided that I would turn my passion for blogging into a website where I could relate to other women about my experiences. I worked on it for a while and then life happened (read: "I quit for months."). The website officially launched on November 29 of the following year with the support of my god-sisters and has undergone many transitions as I discovered exactly what I wanted SingleWoman Joan to be. SingleWoman Joan Consulting is the umbrella under which all business is transacted, however SingleWoman Joan Lifestyle is the entity under which fun is had and networking relationships are built.

So, here we are in 2020, months into year 3 as SingleWoman Joan ready to encourage + empower more women to be the best versions of themselves, develop more consummate professionals, and support small businesses in growth.

Be sure to visit the SWJ Lifestyle Shop to grab your World Domination Books and T-shirts!
Listen to Full Interview
You can view my Instagram Feed below or follow @singlewomanjoan where you will be able to see my daily activity + get a glimpse of life as a "90s kinda girl in a 2020 world..."